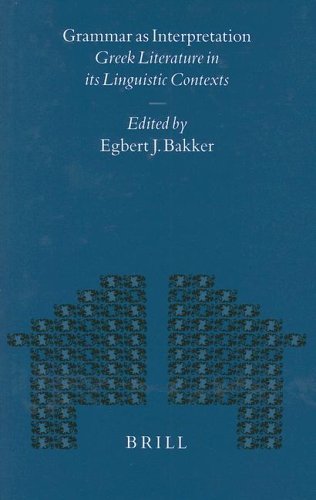 Verzendingskosten: EUR 19.17 Any Amount of Books

Looking at its subject from the standpoint of modern discourse analysis, this study deals with problems of style and grammar in Greek and Latin texts. Its aim is to shed light on the interaction between the mechanism of the Greek and Latin languages as interactive tools and the structure of the texts that have come down to us.The interpretive orientation offered differs from most literary studies in its taking linguistic observations as point of departure, and its considering grammar as a positive factor in the interpretive process. It differs from most linguistic studies in the field in demonstrating the importance of linguistic methodology for classical philology in general.The book contains studies of various authors, genres, and text types, preceded by an introductory essay on the role of grammar in philology.