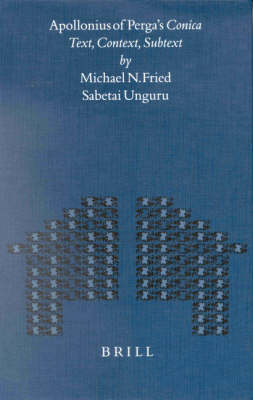 This volume takes a new look at one of the greatest works of Hellenistic mathematics, Apollonius of Perga's Conica. It provides a long overdue alternative to H.G. Zeuthen's Die Lehre von den Kegelschnitten im Altertum. The central part of the volume contains a historically sensitive analysis and interpretation of the entire Conica, both from the standpoint of its individual books and of the text as a whole. Particular attention is given to Books V-VII, which have had scant treatment until now. Two chapters in the volume concern histioriographic issues connected with the Conica in paricular and Greek mathematics in general. Although the volume is intended primarily for historians of ancient mathematics, its approach is fresh and engaging enough to be of interest also to historians, philosophers, linguists, and open-minded mathematicians.