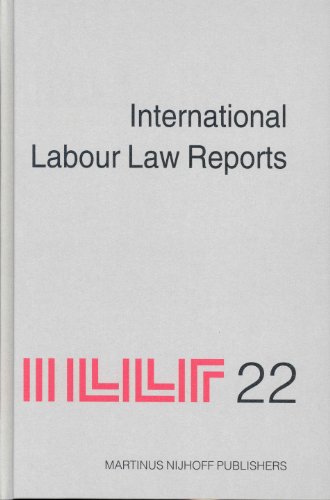 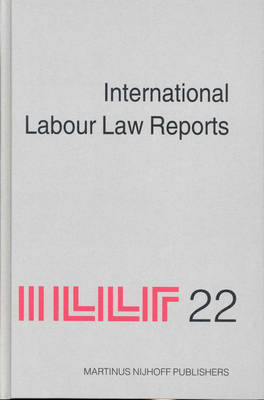 The "International Labour Law Reports is a series of annual publications of labour law judgements by the highest courts in a number of jurisdictions. "ILLR is intended primarily for the use of judges, labour law practitioners, industrial relations specialists and students who need or desire ready access to authoritative information of a comparative nature on problems arising in the field of labour law and industrial relations. Each judgement reprinted in "ILLR is accompanied by Headnotes and in practically all cases by an Annotation which sets forth, among other things, the legal issues involved, the basic facts of the case (if not included in the judgement itself), the relevant statutory provisions and judicial precedents, the labour law and industrial relations context in which the case arose and the significance of the judgement in the development of the law. As a rule, judgements are printed in extenso; editorial discretion has been relied upon to delete or to summarize portions of judgements that are purely technical or only of marginal interest. Volume 22 covers the period 1 October 2001 to 30 September 2002.