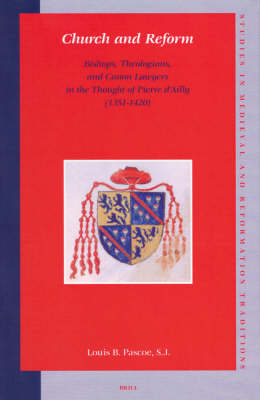 This work examines Pierre d'Ailly's (1351-1420) views on bishops, theologians, and canon lawyers, not primarily in their conciliar context but within the broader dimensions of their individual status, office, and authority within the Church.These views also unfold, in varying degrees, within the apocalyptic context of his thought and result in a call for both pastoral and personal reform, especially for the episcopacy.This call, moreover, reveals strongapostolic and evangelical influences, especially those of the Franciscans and the Brethren of the Common Life, and adds a distinctive dimension to the wide variety of late medieval reform ideologies which, while having some influence at the Council of Constance, contributed heavily to the reform decrees of Trent.