Used - Good. Former Library book. Shows some signs of wear, and may have some markings on the inside., 2.5 The Right to National Self-Determination: The Faroe Islands and Greenland - pocketboek

The Right to National Self-Determination: The Faroe Islands and Greenland - pocketboek

Used - Good. Former Library book. Shows some signs of wear, and may have some markings on the inside., 2.5 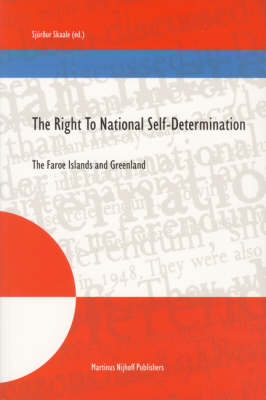 What are the Faroese and the Greenlanders? Are they peoples in their own right, indigenous peoples or Danish minorities? And what is their status under international law? Do they have the right to national self-determination? And if so, what does this right include? This volume describes the constitutional history of the Faroes and Greenland, it analyses the current international status of the two countries and compares it to countries in similar situations, and looks at how Denmark has administered the sovereignty of its dependencies. It thus sheds new light on a constitutional arrangement that by some is described as, democratic, creative and imaginative, and by others is deemed colonial. But the book also deals with the status of non-sovereign polities and the right to self-determination in general, as well as with the current attitude of the UN towards such matters. It thus offers insights which can be of value for other countries, struggling with the issue, as well as scholars working in this field.

Gedetalleerde informatie over het boek. - The Right to National Self-Determination