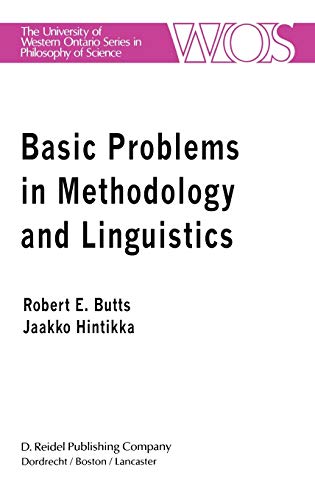 Basic Problems in Methodology and Linguistics Part Three of the Proceedings of the Fifth International Congress of Logic, Methodology and Philosophy of Science, London, Ontario, Canada-1975 - gebonden uitgave, pocketboek 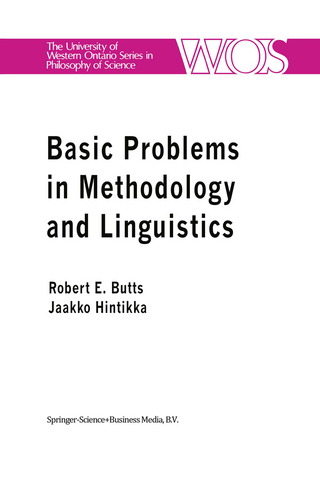 The Fifth International Congress of Logic, Methodology and Philosophy of Science was held at the University of Western Ontario, London, Canada, 27 August to 2 September 1975. The Congress was held under the auspices of the International Union of History and Philosophy of Science, Division of Logic, Methodology and Philosophy of Science, and was sponsored by the National Research Council of Canada and the University of Western Ontario. As those associated closely with the work of the Division over the years know well, the work undertaken by its members varies greatly and spans a number of fields not always obviously related. In addition, the volume of work done by first rate scholars and scientists in the various fields of the Division has risen enormously. For these and related reasons it seemed to the editors chosen by the Divisional officers that the usual format of publishing the proceedings of the Congress be abandoned in favour of a somewhat more flexible, and hopefully acceptable, method of pre­ sentation. Accordingly, the work of the invited participants to the Congress has been divided into four volumes appearing in the University of Western Ontario Series in Philosophy of Science. The volumes are entitled, Logic, Foundations of Mathematics and Computability Theory, Foun­ dational Problems in the Special Sciences, Basic Problems in Methodol­ ogy and Linguistics, and Historical and Philosophical Dimensions of Logic, Methodology and Philosophy of Science.

I / Problems in the Methodology of Science.- Methodology and Systematic Philosophy.- Identity by Sense in Empirical Sciences.- Towards a General Semantics of Empirical Theories.- II / Identifiability Problems.- Identifiability and the Status of Theoretical Terms.- Definability and Identifiability: Certain Problems and Hypotheses.- On Identifiability in Extended Domains.- Prediction and Identifiability.- III / Foundations of Probability and Induction.- An Argument for Comparative Probability.- On the Truthlikeness of Generalizations.- A Third Dogma of Empiricism.- Causal Thinking in Judgment under Uncertainty.- IV / The Concept of Randomness.- A Survey of the Theory of Random Sequences.- Mises Redux.- V / Foundational Problems in Linguistics.- Foundations of Philosophical Pragmatics.- On Problems of Speech Act Theory.- VI / The Prospects of Transformational Grammar.- Transformations and Categories in Syntax.- Consequence of Speaking.- Formal Properties of Phonological Rules.- Index of Names.