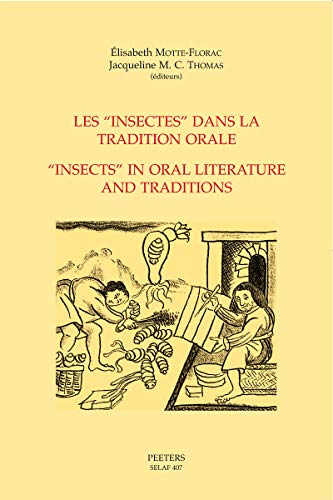 Insects occupy a considerable place in the life of humans and the relationships between the two cover a multitude of expressions, techniques, representations, cultural attitudes, social behaviors, political events, ritual practices and religious expressions. This book deals with the human-insect relationship since the first hominids until the present. The contributions are grouped in six parts which allows for a study of a large number of traditional but also western societies, languages and cultures, geographical zones, natural environments, times and places of living, problems, etc. Through these studies new forms of reflection are proposed on certain concrete, contemporary and international problems relating to the care of the environment, durable development, intellectual property and the evaluation of the knowledge and the scientific paradigms which have shaped the conception of "reality." French text.