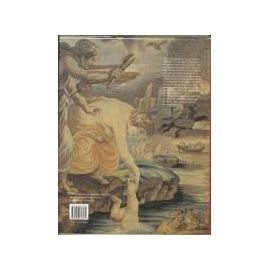 With his many facets, his virtuosity and his prodigious output, Peter Paul Rubens is one of the giants in the history of art. Peter Paul Rubens: The Life of Achilles sheds light on a relatively unfamiliar aspect of Rubens' enormous body of work, a series of tapestries featuring the Greek hero Achilles. Circa 1630-1635, Rubens painted the designs for these remarkable tapestries, depicting eight decisive moments in the life of Achilles. First, he made eight small sketches in oil, some of the finest of his oeuvre. Then the artist and his studio produced large modelli, painted in oil on panels, that further refined his sketches. The exquisite sketches and modelli led finally to magnifications in full-scale cartoons, which were placed under the loom for the tapestry weavers to work from. For the first time, this volume brings together the multiple works that make up the Achilles series, scattered as they are among various public and private collections throughout the world. Here the process from sketch to tapestry is followed in magnificent color illustrations. Accompanying texts consider the genesis, history and iconography of the series.