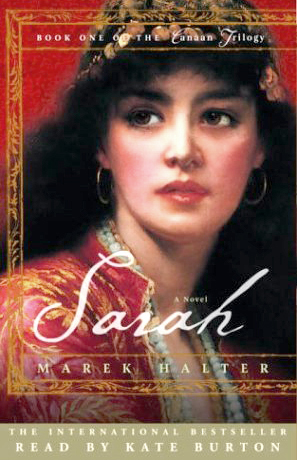 The first novel in a dazzling new trilogy about the women of the Old Testament by internationally bestselling author Marek Halter. <BR>The story of Sarah--and of history itself--begins in the cradle of civilization: the Sumerian city-state of Ur, a land of desert heat, towering gardens, and immense wealth. The daughter of a powerful lord, Sarah is raised in great luxury, but balks at the arranged marriage her father has planned for her. The groom is handsome and a nobleman, but on their wedding day, Sarah panics and impulsively flees to the vast, empty marshes outside the city walls. There she meets a young man, Abram, a member of a nomadic tribe of outsiders. Drawn to this exotic stranger, Sarah spends the night with him, but reluctantly returns to her father's house. But on her return, still desperate to avoid another wedding, she drinks a poisonous potion that will make her barren and thus unfit for marriage. <BR>Many years later, Abram's people return to Ur, and he discovers that the lost, rebellious girl from the marsh has been transformed into the most splendid and revered woman in Sumeria--the high priestess of the goddess Ishtar. But the memory of their night together has always haunted Sarah, and she gives up her exalted life to join Abram's tribe and follow the one true God, an invisible deity who speaks only to Abram. It is then that her journey truly begins--a journey that holds the key to her remarkable destiny as the mother of nations. <BR>From the great ziggurat of Ishtar and the fertile valleys of Canaan to the bedchamber of the mighty Pharaoh himself, Sarah's story reveals an ancient world full of beauty, intrigue, and miracles. <P>"From the Hardcover edition.