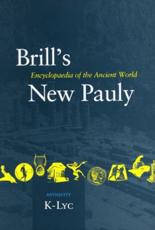 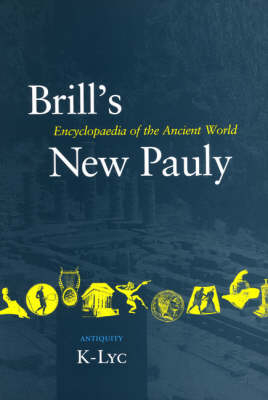 BRILL’S NEW PAULY is the English edition of the authoritative DER NEUE PAULY, published by Verlag J.B. Metzler since 1996. The encyclopaedic coverage and high academic standard of the work, the interdisciplinary and contemporary approach and clear and accessible presentation have made the NEW PAULY the unrivalled modern reference work for the ancient world.

Fifteen volumes (Antiquity, 1-15) of BRILL’S NEW PAULY are devoted to Greco-Roman antiquity and cover more than two thousand years of history, ranging from the second millennium BC to early medieval Europe. Special emphasis is given to the interaction between Greco-Roman culture on the one hand, and Semitic, Celtic, Germanic, and Slavonic culture, and ancient Judaism, Christianity, and Islam on the other hand.

Five volumes (Classical Tradition, I-V) are uniquely concerned with the long and influential aftermath of antiquity and the process of continuous reinterpretation and revaluation of the ancient heritage, including the history of classical scholarship.

BRILL’S NEW PAULY presents the current state of traditional and new areas of research and brings together specialist knowledge from leading scholars from all over the world. Many entries are elucidated with maps and illustrations and the English edition will include updated bibliographic