Influence and Power Variations on a Messy Theme - pocketboek 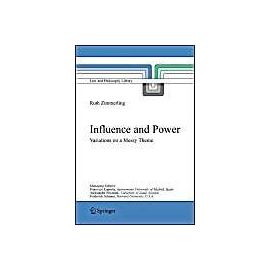 Some years ago, on request of the German Political Science Association (DVPW), an empirical investigation "On the state and the orientation of political science in the Federal Republic of Germany" was conducted by Carl Bohret. Among other interesting 1 information, in the paper that was subsequently published the author presented the results of a survey among 254 political scientists in the Federal Republic on what they considered to be the sine qua non basic concepts of the discipline. In various respects, the data are remarkable. 2 On the one hand, the enormous diversity of the answers corroborates statistically what has long been known from experience, i. e. , the existence of an extremely wide variety of standpoints, perspectives, and approaches within the discipline. An interesting case in point is the concept of power. Somewhat surprisingly, 'power' was not the most frequently mentioned term. But, it did, of course, end up at the very top of the list, in third place behind 'conflict' and 'interest'. What is noteworthy is that it gained this position by being named only 81 times, that is, by less than a third of the respondents. This is no insignificant detail. Certainly, to that minority of scholars whose conceptions of politics do include 'power' as an indispensable basic concept, the approaches of the vast majority of their colleagues for whom, as their answers in the survey reveal, 'power' does not play an eminent role must appear, in an 3 important sense, mistaken or perhaps even incomprehensible.

Gedetalleerde informatie over het boek. - Influence and Power: Variations on a Messy Theme