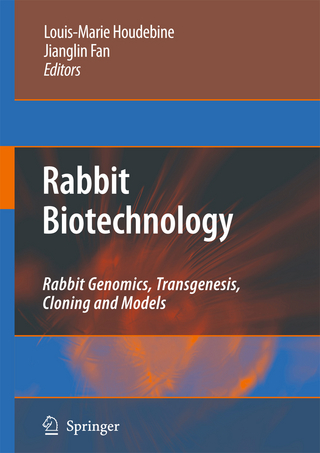 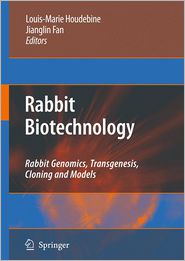 The study of biological functions of proteins and their possible roles in the pathogenesis of human diseases requires more and more relevant animal models. Although mice including genetically modified mice offer many possibilities, other non-murine species are absolutely required in some circumstances. Rabbit is one of these species, which has been widely used in biomedical studies. This animal is genetically and physiologically closer to humans including cardiovascular system and metabolism characteristics. The rabbit is thus more appropriate than mice to study some diseases such as atherosclerosis and lipid metabolism. Because of its larger size, surgery manipulation, bleeding, and turn-over studies are much easier performed in rabbits than in mice. Furthermore, transgenic rabbits can be produced using microinjection and other methods such as lentiviral vectors. Cloning in rabbits has been proved possible, even though still laborious and time-consuming. Hopefully, functional rabbit ES cell lines will be available in the coming years. Gene deletion or knock-out in rabbits will then become possible. In the mean time, gene knock down using siRNA or micro RNA is an attractive alternative. The accomplishment of the whole rabbit genome sequencing is about to be achieved. Moreover, rabbit is being used to produce pharmaceutical proteins, including human polyclonal antibodies. Rabbit is also a significant source of meat in some countries. These biotechnology projects, although very different, are using essentially similar technical approaches. An optimal application of rabbits requires improvement of these different techniques. To exchange the information and update the advanced technology in rabbits, the first international meeting on rabbit biotechnology was held in Tsukuba, Japan, in 2005 and followed by the second meeting in Jouy en Josas (near Paris) on June 14 and 15, 2007. The next meeting has been scheduled in two years in Xi'an, China. A specific biotechnology of the rabbit is therefore emerging. We strongly feel that the time has come to compile a contemporary professional book (tentatively named as Rabbit Biotechnology). This book aims at confronting the different sophisticated approaches developed independently in different academic and industrial laboratories as well as in some companies in the world.