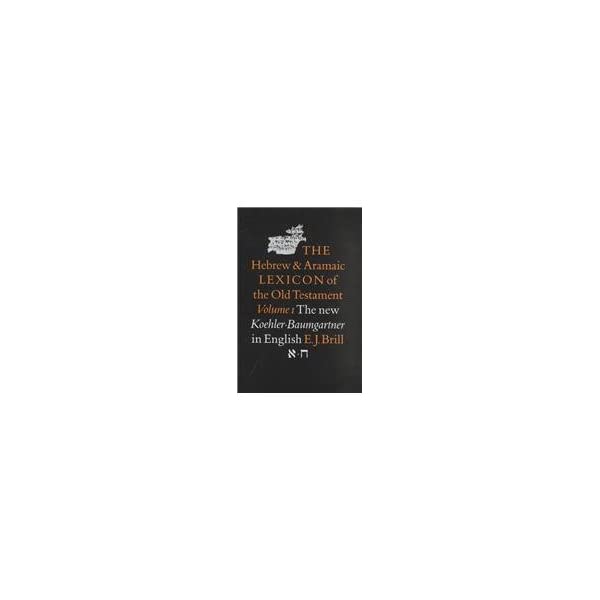 The first volume of the English version of this classic reference tool for Bible scholars was published in 1994, and the subsequent publication of the other volumes has made it the standard modern English dictionary for Biblical Hebrew. It is based on the third edition of the Lexicon of Ludwig Koehler and Walter Baumgartner, which has been widely acclaimed as the most up-to-date complete dictionary for the Old Testament and related literature. This complete and unabridged translation has been prepared by Richardson with the co-operation of an international team of Hebrew and Old Testament scholars. Some slight modifications have been introduced to make it more useful to readers in the English speaking world. The appearance of this fifth and final volume means that the complete vocabulary of the Hebrew Bible, including those parts of books which are written in Aramaic, is now available. By extension it also includes those variants from the different textual traditions (Oriental, Samaritan, Septuagint, Ben Sira, Qumran, etc.), as well as parallel expressions in other ancient non-Biblical documents. It combines scholarly thoroughness with easy accessibility, and so the dictionary meets the needs of a wide range of users. The enormous advances that have taken place in the field of Semitic linguistics since the days of the older dictionaries of Classical Hebrew are here well documented and assessed, as well as the often detailed discussions in modern Bible commentaries of words where the meaning is particularly difficult. But the alphabetical ordering of entries rather than the traditional arrangement of words according to their roots maintains a user friendly face, which is particularlyhelpful to the beginning student, and will also save the advanced user much time. Included in this last volume is an extensive bibliography to cover all the secondary sources to which the original authors made reference. It is hoped that this will be particulary useful, especially when used in combination with CD-rom version of the Dictionary.